The following is an excerpt from "Food insecurity and academic disruption among college students" originally published in volume 55, issue 4 of the Journal of Student Affairs Research and Practice. 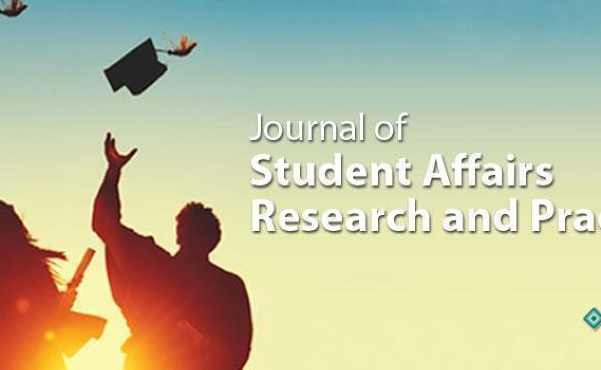 Food insecurity is a growing problem among college students, but little is known about how it is related to academic outcomes. We analyze broad demographics of food insecurity at one institution and explore how food insecurity is associated with whether students have neglected their academics, reduced courses, or considered dropping out of college due to their finances. We then discuss programs that may support food insecure students.

Food insecurity is a serious concern for many college students and for faculty, student affairs professionals, and other educators who work with students. Recent research suggested that hunger negatively impacts students’ education (Dubick, Mathews, & Cady, 2016). This article investigates college students’ experiences of food insecurity and how food insecurity is associated with students’ academic performance and academic disruptions, such as reducing their course load and neglecting school work. In discussing college student food insecurity, we contribute to the conversation about the expanding and shifting role of student affairs as the support that students require changes. In this particular case, the change is students’ need for food that they may not be able to procure elsewhere.

Food insecurity is defined by the United States Department of Agriculture (USDA) and researchers as “limited or uncertain availability of nutritionally adequate and safe foods or uncertain ability to acquire acceptable foods in socially acceptable ways” (Anderson, 1990, p. 1560). Nationally, 14% of households in 2014 were considered food insecure, and 6% experienced very low food security; this represents over 48 million Americans (Coleman-Jensen, Rabbitt, Gregory, & Singh, 2015). Feeding America, a nationwide network of food banks, has estimated that 1 in 10 of their 46.5 million clients were post-secondary students (Resnikoff, 2014; Weinfeld et al., 2014).

While researchers and nonprofits like Feeding America understand the prevalence of food insecurity nationally, little research examines the prevalence of food insecurity among post-secondary students specifically, but this is a growing area of study and concern. Estimates of the percentage of food insecure college students vary widely, from 12% to 59% across a wide number of states, types of institutions, and student demographics (Chaparro, Zaghloul, Holck, & Dobbs, 2009; Crutchfield, 2016; Freudenberg, Manzo, Jones, Tsui, & Gagnon, 2011; Gaines, Robb, Knol, & Sickler, 2014; Maroto, 2013; Patton-López, López-Cevallos, Cancel-Tirado, & Vazquez, 2014). Pell-eligible students, students of Color, and students at two-year institutions were more likely to experience food insecurity (Broton, Frank, & Goldrick-Rab, 2014; Wisconsin Hope Lab, 2016). The disparities in the estimates of food insecurity are due in part to differences in how food security is measured across these studies. For example, some studies ask about students’ food insecurity experiences in the past 30 days, others in the past 12 months (Chaparro et al., 2009; Dubick et al., 2016). There are also differences in the scope of the studies, ranging from single-institution studies to multi-institutional studies focused on only two-year schools or only four-year schools. Regardless of the exact number of students who are food insecure, food insecurity has serious implications for students’ success in college.

This article considers how food insecurity matters for students’ college success by focusing on demographic differences in food insecurity among college undergraduates at a large, public, four- year midwestern university and analyzing how food insecurity is related to academic performance, measured by grade point average, and academic disruptions among students with debt. We focus on a large public university because these institutions serve a wide variety and large numbers of students. This article is the first to examine how food insecurity among college students is associated with negative academic outcomes among what might be a particularly vulnerable population, students with debt. By focusing on students with debt, their academic outcomes, and their food security status, we show how multiple sources of precarity may overlap in students’ college experiences. Our research questions are:

1. What percentage of students on this campus are food insecure, and what demographic characteristics are associated with food insecurity?

2. How is food insecurity associated with students’ consideration of academic disruptions and grade point averages on this campus?

These findings contribute to student affairs practitioners’ understanding of food insecurity, a sometimes overlooked problem among college students. This research helps scholars and practitioners to understand students’ resource constraints and to consider how to minimize theses constraints’ impact on academic achievement. Our goal is to increase awareness of this issue in higher education, to contribute to research on inequality on college campuses, and to discuss the ways in which student affairs has and can respond to this issue. The results of this study could inform targeted outreach initiatives for vulnerable students. We end with a discussion of efforts to alleviate food insecurity on campuses around the nation and recommendations to minimize food insecurity’s impact on academic progress.