Single Stop - About Us

Single Stop - About Us 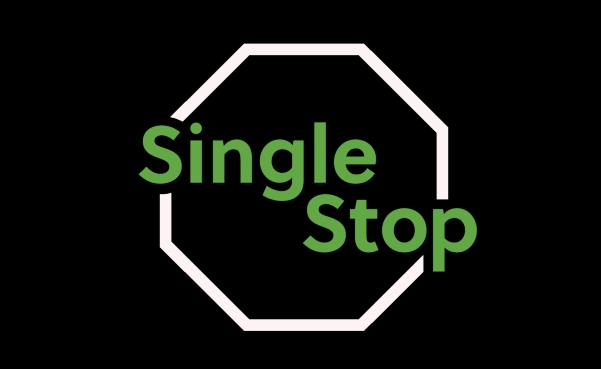 When Single Stop was created, initially as a project of the Robin Hood Foundation, we were setting out to find an efficient way for the country’s safety net of benefits and resources to make it into the hands of the individuals and families who needed them most. Little did we know how powerful this tool and program model would be for students.

Single Stop is a national nonprofit that harnesses America’s most effective anti-poverty tools to increase economic mobility for low-income individuals. Through a combination of technology and case management, Single Stop provides a program model that ensures that individuals and families can easily access resources that help them attain higher education, obtain good jobs, and eventually achieve financial stability. Single Stop works with community based organizations, veterans organizations, and colleges to implement its program model.

Since 2007, Single Stop and its partners have connected 1.5 Million households to nearly $4 Billion in benefits, resources, and supportive services.

In higher education, Single Stop is a comprehensive solution for colleges that want to improve student success by connecting low-income students to public benefits and social services. Single Stop provides its community college partners with the tools and guidance they need to establish a one-stop shop for benefits and services on campus, including Single Stop’s proprietary benefits screening and case management technology, program launch and operational support, and evaluation tools. Utilizing these tools and guidance, colleges can efficiently and effectively offer benefits counseling, case management, and access to wraparound services (including tax preparation, legal counseling, and financial counseling) to their student population.

Single Stop began its college initiative in 2009 and currently partners with nearly 30 institutions in eight states.  During that time, Single Stop and its college partners have connected over 230,000 students to nearly $400 Million in benefits and resources.

In the fall of 2016, RAND Corporation released a study that investigated program effects at Bunker Hill Community College, six CUNY Community College campuses, Delgado Community College, and three Miami Dade College campuses, comparing students who used Single Stop to students who did not use the program but were similar in many ways (e.g., demographic, income, and academic characteristics). Results showed that overall, students who used Single Stop were more successful than students in the comparison group. Specifically, the study found that Single Stop users were 6% - 11% more likely to persist into their next year of college. In addition, students who use Single Stop are more likely to attempt more college credits, giving them a boost in completing their college programs. These collective positive results are supported by a second independent evaluation conducted by Metis, which released interim results this fall and is scheduled for completion in Spring 2018.

We are often asked what it takes to partner with Single Stop. The answer? Institutional support, staff willingness and capacity, and a financial investment to implement and continue the program on campus.

The Single Stop program model, benefits screening tool, and consultative services can provide a college with a holistic, networked approach of connecting students to resources as well as other supportive services in the community. Together, this type of approach can equip students with the tools they need that prevent them from dropping out, increasing their likelihood of graduating.