To Graduate or Not to Graduate? $500 in Emergency Support Can Make the Difference for Many

To Graduate or Not to Graduate? $500 in Emergency Support Can Make the Difference for Many

To graduate or not to graduate?
$500 in emergency support can make the difference for many 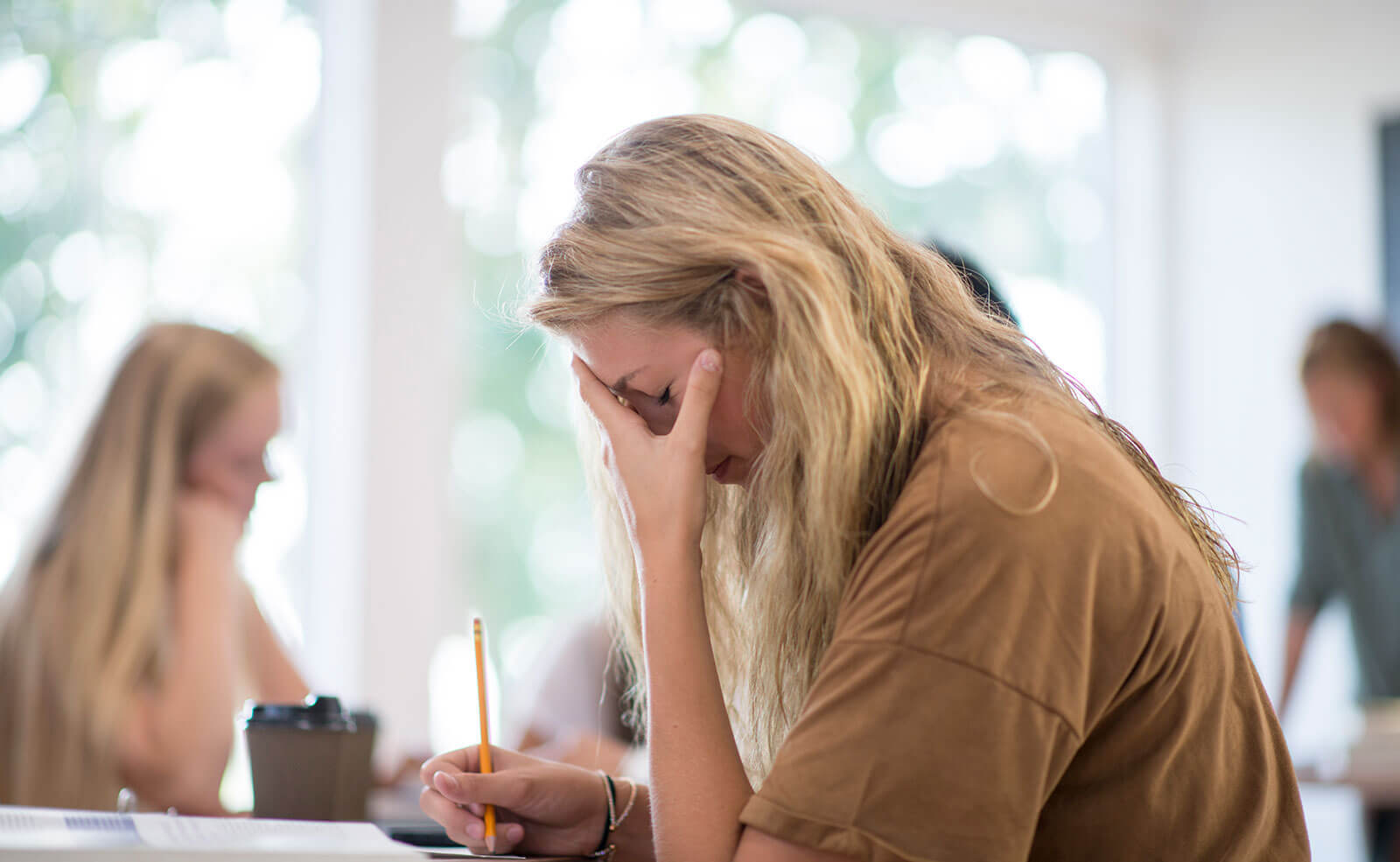 When both the price of tuition is skyrocketing (a 260 percent average annual increase between 1980 and 2014), and nearly 40 percent of Americans have no savings, it doesn't take much to push a college student over the edge financially. It is estimated that every year more than three million drop out due to a relatively small -- under $1,500 -- expense that can’t wait. A car break-down, unexpected supplies for a class, or a medical issue can quickly turn into a financial emergency for many students.

“It’s like a domino effect,” says James Da, a first-generation student at the University of Washington, Tacoma. Last summer, he sold his laptop to pay his parents’ phone bill. “You sell your laptop, then you have to go to class without one, then you have to go the library to use their computers, and then the library is closed, and then you can’t get your assignment turned in …” These complexities are particularly challenging for students who are juggling a lot of responsibilities outside of college/university, including jobs, children, and extended families.

Research shows that one-time payments of $1,500 or less can help students move beyond such crises so they can stay in school and ultimately graduate. So how can we get financial and other support to more students who need it, when they need it?

To answer this question, Reos Partners convened the Emergency Aid Lab. Building on nationwide research by NASPA on the current state of emergency aid, this group of administrators, educators, counselors, students, and other partners from across the country are collaborating to create a “playbook” for implementing an integrated, effective emergency aid program on any campus.

The ultimate goal is a “new normal” in which no student needs to drop out because they don’t have $500 or $1,000 dollars on hand. But meanwhile, the norm is that too many students live one setback away from losing their dream of a college degree. Emergency aid comes in many forms, illustrated by the following examples. The Emergency Aid Lab aims to support college campuses in creating robust, integrated emergency aid programs that address the diversity of challenges faced by students.

When Da sold his laptop, he was working toward his BA in social work with a full-time course load. “I always help my parents with the bills, being a first-gen student,” he says. “They needed a large sum to pay off the telephone bill. It was like six hundred dollars. I didn’t have that, but I had my MacBook. It was a graduation gift from my dad. But to make ends meet for them, I sold it without telling him.”

Scheduling all his work around the campus library and its computers wasn’t easy, and the stress mounted. Finally, he learned that the school offered short-term, low-interest loans. He took one out and bought a new computer.

“We find that a lot of students use that loan for emergency purposes,” says Da, who is a member of the Emergency Aid Lab (EAL). “The problems are diverse. Medical bills, child care. That’s why UW Tacoma wanted to be part of the EAL conversation. We’re now talking about more grant programs instead of loans. If I’d had emergency aid, I probably could have avoided my whole problem.”

Assuming he would have asked for help, that is. The lab has identified going it alone as a widespread problem. Even as he was working with the then-new EAL, Da didn't ask for help when he found himself in a bind. Part of it was the stigma of asking, he says. And part of it was a mindset that someone else always needs it more. “A laptop compared to medical bills?” he says. “I know a student whose house burned down.”

He feels different about it now, and his peers might too as efforts to ramp up emergency aid become a topic of conversation around campus. “We put the word out, and more people are now aware of EA,” Da says. “When we opened up the [EAL] meetings to the public, we had a huge turnout. Sixty to eighty people from all different departments, students, faculty.”

“Hunger is a really big issue”

At Ohio’s Lorain County Community College (LCCC), emergency aid programs are already in place, including a food pantry, grants, and tuition refunds. Too many students aren’t aware of these programs, but the need is clear, says EAL member Alexandra Moen.

She’s a Cleveland State University senior majoring in urban studies and public administration who takes her classes through LCCC. She intends to become one of the few in her family to complete a degree.

“A couple of my friends dropped out because they didn’t know about the emergency aid programs,” she says. “I think pretty much every student here lives paycheck to paycheck. I have a good support system with my parents and my family, and we’re just able to make it work. But I see how easily a student can be pushed past the point of being able to pay for their food or their utility bills for a week or for a month. I’ve used our campus food pantry once, on a week when the budget was tight.”

The food pantry conducted a big drive this year that collected more than 1,000 pounds of food, she says. They’re also working on keeping the pantry open for more hours. “We know that hunger is a really big issue in our community and among our students.”

Unfortunately, LCCC is far from unique in this. In one survey of nearly 4,000 students at 38 colleges and universities, 48 percent of respondents reported food insecurity in the previous month.

Unlike Da and Moen, EAL member Stephanie Tortorelli has dropped out. Three times. Now in her forties and a junior at UW Tacoma, she begins the telling of her 20-year saga with “Once upon a time …”

“When I first graduated high school, I did go to college,” she says. “My parents divorced and I was on my own, trying to work full time. I had to step away. Fast forward in life, I get a great job at Boeing and start going to the local community college. Then I get married and I have babies, and I stop again. Then I divorce, and I decide to go back to school to be a nurse.”

On the third try, the single mother of two found that access to child care and emotional support were her biggest needs. Unmet needs. She quit school again. “Emergency aid doesn’t just come with a dollar sign on it,” she now says. “We need financial and emotional safety nets.”

This time, she’s seeking a degree in labor studies with a focus on women. “I hope to go on to work promoting and implementing social, organizational, and institutional change for women in our communities and around the world,” she says. And to make that happen, she’s removed all the obstacles she can. That’s meant developing the support system that was missing before — and cashing out her retirement fund.

“So now I don’t have a retirement account,” she says, “but I do have a nest egg in the event of an emergency.”

“Leave your dreams and walk away”

For students like these, there’s more riding on the struggle to stay in school than a degree. It’s about a deep sense of responsibility, economic security at last, and the dream of making more of themselves and their world.

“It's all for my dad,” says Da. “He grew up in extreme poverty in the Philippines, managed to immigrate to a new country without a formal education, and endured many sacrifices as a US Army soldier for 20 years so that I could live in better conditions than he did. The quest for my degree is to all to validate and reaffirm my dad's hard work.”

Moen plans to go on to get her master’s. “My main motivation every day for finishing my degree programs is that I want to be successful,” she says. “I want to be able to provide for my future family and my current one to the best of my ability, and the way to do that is through higher education.”

Says Tortorelli, “To finally finish my degree and be working in a field that I am passionate about would be the most significant accomplishment of my lifetime, other than raising two wonderful sons. Things are always hard. Financially, emotionally, things with my boys. I have a flat tire right now, but I have to get to school. I have to get to class and to work and spend nights writing papers. For us. For me.”